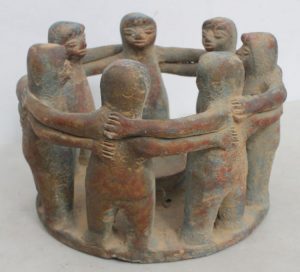 QAADNET meetings are open to any interested Friend.  Meetings have a theme and sometimes a speaker, and each gives the opportunity for support for those who are personally affected by substance misuse.  Meetings are held once or twice a year, often in direct response to the interests and concerns of participants.

We cover a wide range of subjects and reflect the personal, voluntary and professional concerns of those who attend.  These include: spiritual upholding; counselling; criminal justice; housing/homelessness; personal experience of dependency in self or close others; residential treatment; medical settings; day-care; employment/training; education; working with young Friends – and young Friends themselves.

QAAD is keen to facilitate further QAADNET meetings in 2019, particularly in regions where there have been no previous QAADNET meetings. We would be pleased to hear from Friends wishing discuss this possibility in more detail.  If you are interested, please contact our Director, Alison Mather.

The meeting continued the theme of ‘close others’ – that is, people who are, or have been, affected by the substance problems of someone they love. An earlier meeting on this theme had been held in London in February 2015, and participants had suggested that further meetings in other parts of the country would be helpful to make this kind of event as accessible to as many Friends as possible.  Seventeen Friends met and shared their personal experiences.

QAAD has produced the following document of helpful approaches which close others may find helpful: Info for close others

This article, published in the Friend (2015), gives an insight into the character of a QAADNET meeting:

The QAADNET meeting on 28th February at Westminster Meeting House grew out of last July’s QAAD Woodbrooke conference on the theme of ‘Hurt and Healing’ which looked at how people with alcohol and drug problems find their way to recovery.

A small group of people who are ‘close others’ of addicts continued a dialogue after the conference to support each other by exchanging experiences of what was happening to them and their loved ones and how it felt to try and help them recover from their addictions.

It was agreed that it would be valuable to extend this more widely in the form of an open QAADNET meeting to benefit more ‘close others’ who so often feel isolated, despairing and lacking in guidance and support.

The meeting was held in an unprogrammed, exploratory format within the ethos of strict confidentiality.

A tentative exchange of experiences, hopes and fears in a Quakerly idiom filled out during the day into an increasingly open and honest dialogue that participants appeared to find helpful.

There was discussion about knowing when and how much to try to ‘rescue’ the loved one from the addiction with practical and financial support and whether or not rescuing is ever the best thing for the addict.  One person extolled the benefit to themselves of the practice of mindfulness and taking one day at a time.  There was also the question of fear, both in the ‘close other’ for the welfare and even the survival of their loved one and also the fear that is a major driver of addiction.  A book called ‘The Courage to Be’ by Paul Tillich was mentioned by a QAAD trustee in connection with this aspect.  Also, the aspect of control in a relationship may feed into an addiction even though the intention is to help and support a chaotic existence.

Tough love is often cited as being needed in these situations, but one participant had found the words ‘ non – attachment with love’ more helpful in enabling a moving towards letting go rather than rescuing, albeit still supporting with love.

What stood out from the gathering was the remarkable resilience and calmness of a group of Quakers who have been forced to cope with chaos in the lives of their loved ones, and who continue to search within themselves for that grace to be found in the ‘still centre’.

The day was an unfinished dialogue in the sense that it had to end at an appointed time when it could well have continued with great benefit. There was also a feeling that it should be continued at other times and in other places to offer this strongly perceived webbing of support to other Friends who are the parents, spouses, partners or friends of those in the grip of addictions.